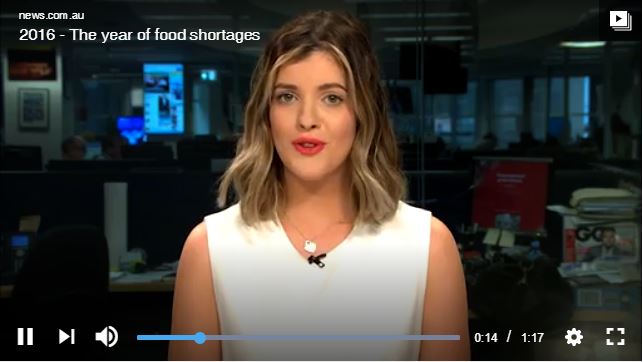 OUR Aussie Christmas could be about to change as we know it. We might not get to eat one of our favourite foods this year.

We are in the midst of a cherry crisis, with the stoned fruit expected to cost an extra $5 a kilogram this season.

Coles has issued an apology, telling customers rain had caused cherries to swell and split, and would have a limited supply. Woolworths is currently selling cherries for almost $20 a kilo and charging $7 for punnets.

NSW Cherry Growersâ€™ Association president Fiona Hall said the season was running about two weeks behind, meaning it will be a scramble to get bulk cherries on supermarket shelves before Christmas.

She told news.com.au crops were down about 50 or 60 per cent because of wet weather during the growing season. Demand is at an all time high during December, with the fruit a symbol for Christmas in Australia.

Read the full article on news.com.au